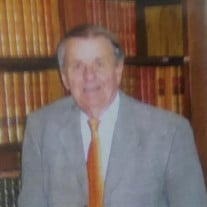 Starkville, Ms – Colonel John R. Edwards, 86, died August 28, 2021 at West Community Living Center in West Point. He was born February 8, 1935 in Oktibbeha County to the late Mary Frances Hughes and John Clyde Edwards. He married Frenchie Edwards October 28, 2011 in Natchez, MS. John was a loving husband, father and grandfather. He retired from the United States Air Force after serving his country for 23 years. A graduate of Mississippi State University, Colonel Edwards has worked with a cross section of local, state and federal agencies, including the Department of Defense (DOD), Department of Labor (DOL), Department of Health and Human Services (HHS), Department of Interior (DOI), Community Service Administration (CSA) and the White House. In 1971 he was instrumental in founding Domestic Action Programs of Wright-Patterson AFB, Inc in Dayton, OH, which is an organization that works closely over the past 14 years with the military to meet the social and vocational needs of thousands of southern Ohio youth. This organization operates the largest Youth Service Program in the nation. Subsequently, he served as Director of Community Service Programs Headquarters for the United States Air Force at the Pentagon in Washington, D.C. He was also a major player during the early 1970’s in developing the Air Force Social Actions Programs, which focused on Race Relations Education, Drug and Alcohol Abuse Control and Equal Opportunity and Treatment. In later years, he was placed in a key leadership position to develop the Air Force Leadership and Management Program. He was appointed and served as a military member of the 1977 Presidential Inaugural Committee. His military decorations include the Meritorious Service Medal with one oak leaf cluster, the Distinguished Flying Cross with one leaf cluster, the Air Medal with 4 leaf clusters, the Commendation Medal, the Air Force Outstanding Unit Award, Vietnam Service Medal with 5 Service Stars and Republic of Vietnam Campaign Medal. He was a Command Pilot. Colonel Edwards retired from active duty with the Untied States Air Force on May 31, 1980 to join Youth Service as the Chief Operating Officer. Graveside funeral services will be Friday, September 3, 2021 at 10:00 am from Mayhew Cemetery with the Dr. James Towery officiating. Burial will follow in Mayhew Cemetery in Mayhew, MS. Calvert Funeral Home of West Point is in charge of arrangements. Survivors include his wife Mrs. Frenchie Edwards of Starkville, 3 daughters; Virginia Volkman (Dale) of Corpus Christi, TX, Elizabeth Eden (Mack) of Corpus Christi, TX, Candice Koern (Juri) of Houston, TX, one son; Steven Davis (Cameron) of Collierville, TN, and 15 grandchildren. He was preceded in death by his parents and one brother; Clyde Edwards. In lieu of flowers, memorials may be made to St. Jude Children’s Research Hospital at 501 St. Jude Place Memphis, TN 38105 Friends may leave an online condolence at www.calvertfuneralhome.com End copy

The family of Mr. John R. Edwards created this Life Tributes page to make it easy to share your memories.

Send flowers to the Edwards family.