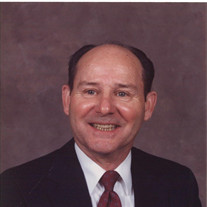 Mr. Lawrence Leland Foster, 81, passed away on May 31, 2016, at his daughter's home in Columbus. Mr. Foster was born July 19, 1934, in Starkville, the son of the late Laurence and Barbara Emily Montgomery Foster. He was a member of McCondy Baptist Church in Chickasaw County. Mr. Foster served in the United States Army and was stationed in England during the Korean War. There he met and married Kathleen Dodds and to this union was born three daughters. He moved to Irving, Texas, where he worked at Bell Helicopter in Fort Worth. He then met lifelong friend Charles Fuller and the two went into the transmission business together in Texas. Mr. Foster loved to tear down a transmission and rebuild it. He then moved to Columbus, where he owned and operated Columbus Transmission located across the old river bridge. He then worked at Southwire in Starkville, where he retired after 22 years of service. During his retirement years, he enjoyed going to gospel and country singings and riding around on old country roads and taking numerous trips back to Texas. In addition to his parents, he was preceded in death by an infant sister. Funeral services will be Friday, June 3, 2016, at 11:00 A.M. from Calvert Funeral Home Chapel with Reverend Jeff Gilder officiating and assisted by Reverend Allen Dees. Burial will follow in Bethesda Baptist Church Cemetery near Crawford. Calvert Funeral Home of West Point is in charge of arrangements. Survivors include His Wife: Inez Foster of Houston; Three Daughters, Lynn Foster, Linda Owings (Bart), and Traci Johnson all of Columbus; Four Grandchildren: Ryan Perrigin of Columbus, Emily Owings of Nashville,TN, Josh Foster of Columbus, and Daniel Johnson of Columbus; Seven Great Grandchildren; Aunt: Lily Montgomery of Mayhew; and his Brother-in-Law and Sister-in-Law: Gerald and Valerie Dodds of Ethelsville, AL. Pallbearers will be Ryan Perrigin, Josh Foster, Daniel Johnson, Bart Owings, Ben Edwards, and Tommy Foster. Honorary Pallbearers will be The Vanlandingham Family, Charles Fuller, and Bobby Dupree. Memorials may be made to Bethesda Baptist Church Cemetery Fund, 2096 Bethesda Road, Crawford, MS 39743. Visitation will be Friday 10:00-11:00 A.M. at Calvert Funeral Home. Friends may leave an online condolence at www.calvertfuneralhome.com

Mr. Lawrence Leland Foster, 81, passed away on May 31, 2016, at his daughter's home in Columbus. Mr. Foster was born July 19, 1934, in Starkville, the son of the late Laurence and Barbara Emily Montgomery Foster. He was a member of McCondy... View Obituary & Service Information

The family of Mr. Lawrence Leland Foster created this Life Tributes page to make it easy to share your memories.

Send flowers to the Foster family.