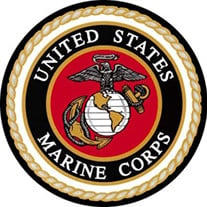 On February 27, 2020 Robert Anthony (Rob, Tony, TonyRob, or General Beauregard) Swindol took his last breath at the age of 43 after losing a hard-fought battle with “the cancers”. Rob was born and raised in West Point, Mississippi and joined the Marines in 1994 in order to escape the monotony of living in a small town. After four years of duty, he moved to Massachusetts to be closer to his mom and favorite (and only) sister. After six years of harsh (pronounced “hahhsh”) winters, overcooked food, and playing in some wicked cool bands, he decided he really missed Waffle House and moved back home. Rob never married as he preferred buying guitars, drums, speakers, and comic books over having a wife who told him he couldn’t. But he is survived by a loving family, lifelong friends, half a dozen females who claimed to be his BFF, and a slew of people he hacked off on Facebook. His favorite free time activities included sharing weird YouTube videos with his brother-from-another-mother, finding ways to irritate his mom, watching his favorite movies for the millionth time while quoting them word-for-word in the character’s voices, and having his sister time how quickly he could drink Yoo-hoos. Rob spent the last years of his life running The Elbow Room in Columbus, Mississippi and running his mouth to people who disagreed with him. When he wasn’t arguing, he was most likely quoting his favorite movies and television shows or talking about how badly Hollywood screwed up his favorite superheroes. He was an audiophile who could talk for hours about the subtle differences between types of speakers...usually to people who didn’t ask. He was a talented musician who played a range of different instruments and had a beautiful voice, even if his tastes in music were questionable. Rob was a gifted artist who could pick up a new type of art medium and produce a piece of artwork that would hack off the artists around him that actually had to go to school to learn that crap. Rob was smart, kind, and generous to those he loved. He was also funny, goofy, and weird. But above all else, Rob was a pot-stirrer who loved to get a rise out of people. If you were ever friends with him online, you know exactly what I’m talking about. He was stubborn, argumentative, and always completely sure he was right and you were wrong while simultaneously being caring and concerned about those less fortunate than himself. There will never be anyone else like Rob (although his one-and-only niece is pretty close...bless her heart). His last words before he passed were “Captain America” - a fitting end for a true superhero. A celebration of Rob’s life will be held in early April. Details to follow. In lieu of flowers, please make a donation in his name to the Leukemia & Lymphoma Society. Lovingly written by his sister. Calvert Funeral Home of West Point is assisting the family with the arrangements.

On February 27, 2020 Robert Anthony (Rob, Tony, TonyRob, or General Beauregard) Swindol took his last breath at the age of 43 after losing a hard-fought battle with &#8220;the cancers&#8221;. Rob was born and raised in West Point, Mississippi... View Obituary & Service Information

The family of Mr. Robert Anthony "Tony" Swindol created this Life Tributes page to make it easy to share your memories.

Send flowers to the Swindol family.